How to Start a HomeStay Business in Less Than 30 Days
Even If You Have Less Than RM 1,000 Capital
And Do Not Own a House

Suitable for Housewife, students, employee, business owners who wish to learn how to generate multiple income immediately with less capital

DURING THIS FREE WEBINAR YOU WILL LEARN:

FYI, These Are the Questions Submitted by Our Subscribers

Nurul-Huda Mohamed Afandi, CA (Aust), CISA (ISACA), B. Com (UniMelb) Founder CEO, Thrift Solutions 2014 President, CAAYE 2014 IPP, JCI PJ Professional Career Nurul is a Chartered Accountant (Australia) and a Certified Information Systems Auditor (CISA). A graduate from University of Melbourne, she started her career in KPMG Information Risk Management, before moving to PETRONAS Group Internal Audit. She escaped the corporate cage in April 2010, and is currently enjoying her freedom and exciting life as Founder CEO of Thrift Solutions, specializing in Internet Marketing of Holiday Rentals and Entrepreneur Workshops. She also served as Audit Committee of Malaysian Government Officers Cooperative in 2013-2014. Voluntary Organization Career She actively volunteers in several NGOs per below:  She is a Founding Member and 2014 President of Commonwealth Asia Alliance of Young Entrepreneurs (CAAYE)  As CAAYE President, she has spoken at: 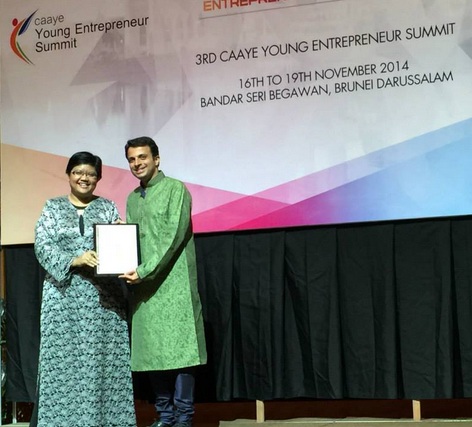 This Master Class is ONLINE and it's 100% FREE if you attend LIVE. Do Grab the Opportunity to Engage with our Master Trainer